Here's a selection of our recent internal projects, designed either for our own use or for potential productization.

MSS has designed a wireless sensor network and some environmental sensors. The system operates in the 900MHz ISM band and uses the DASH7 Alliance protocol to communicate.

The sensor boards (called tags in IoT sensor network parlance) that we have working now are a temperature/humidity/barometric pressure tag and an ambient CO2 concentration measurement tag. We've also designed a 900MHz DASH7 Alliance Protocol gateway board that plugs atop a Raspberry Pi computer and acts as a gateway between an IP network and the DASH7 RF network. 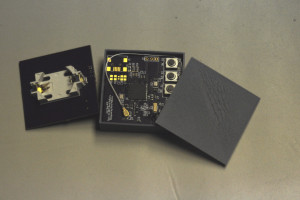 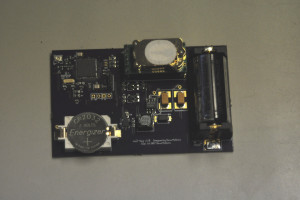 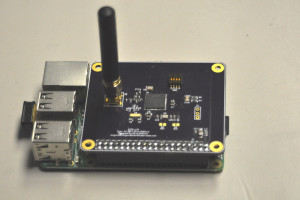 MSS has designed a USB Serial Highway Driver for the CAMAC bus. CAMAC is an acronym for Computer Automated Measurement And Control, and is a bus standard for nuclear instrumentation. While CAMAC dates back to the early 1970s, it is a current standard and is currently in widespread use in the nuclear physics research community. You can see a photo of some of CAMAC hardware in the MSS lab here.

MSS does a lot with CAMAC instrumentation, and we wanted an inexpensive way to control a CAMAC system from a USB interface. The CAMAC Serial Highway Driver (or SHD) accomplishes this task. CAMAC modules implement things like high-speed digitizers, counters, ADCs, DACs, pulse amplifiers, etc and are installed into CAMAC crates. A crate full of CAMAC modules can be controlled via a USB interface (and driver softare for Linux) using this board. 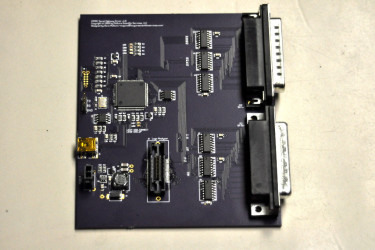